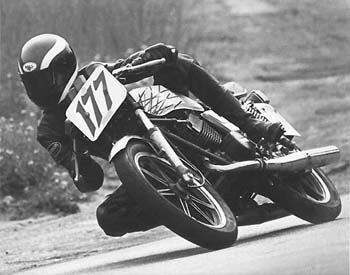 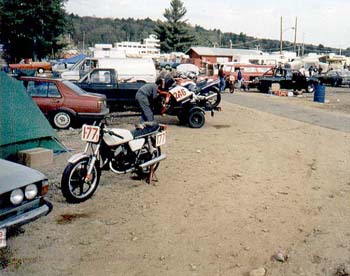 1986: The pits at the old Loudon track. The RD got to the track in the back of my gray Subaru wagon. 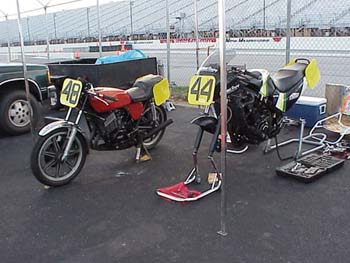 2000: Ken returned to racing at the new NHMS track in 2000 on the RD. It wasn’t a good year; Ken collided with a crashing rider on three out of four race events.

2003: Ken returned to racing once again on an MZ Scorpion 660cc single. 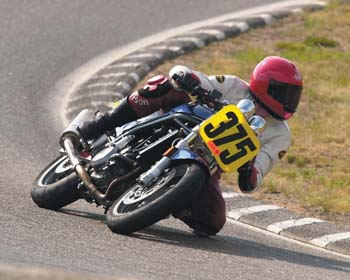 Ken and the MZ Scorpion in turn 11 at Loudon). 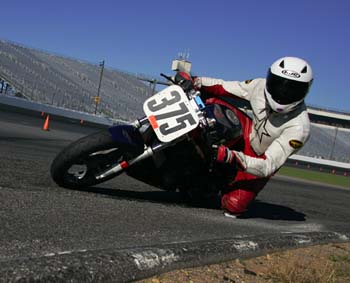 The MZ in turn 2 at NHMS. www.owensracingphotos.com

2014: Racing a Kawasaki Ninja 500 with the USCRA club at New Hampshire Motor Speedway

Jeannine and Ken like to rip around, two-up. She is a great passenger. She knows to look over my inside shoulder and lean with the bike. 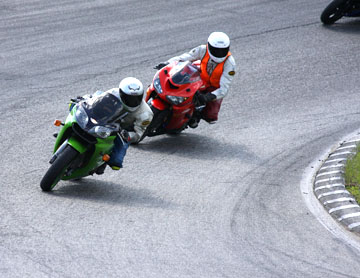 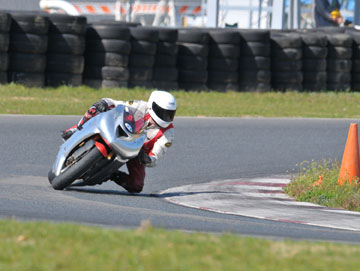 Look where you want to go.

Jeannine following her Mom at age 15.

Jeannine waiting to go out onto the track, NHMS.

Me and my ZX6 Monticello, NY. 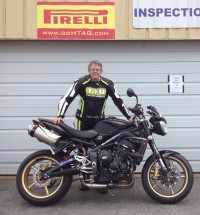 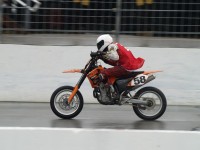 Rain Riding on a Motard! 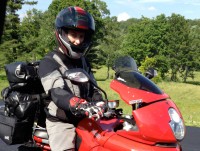 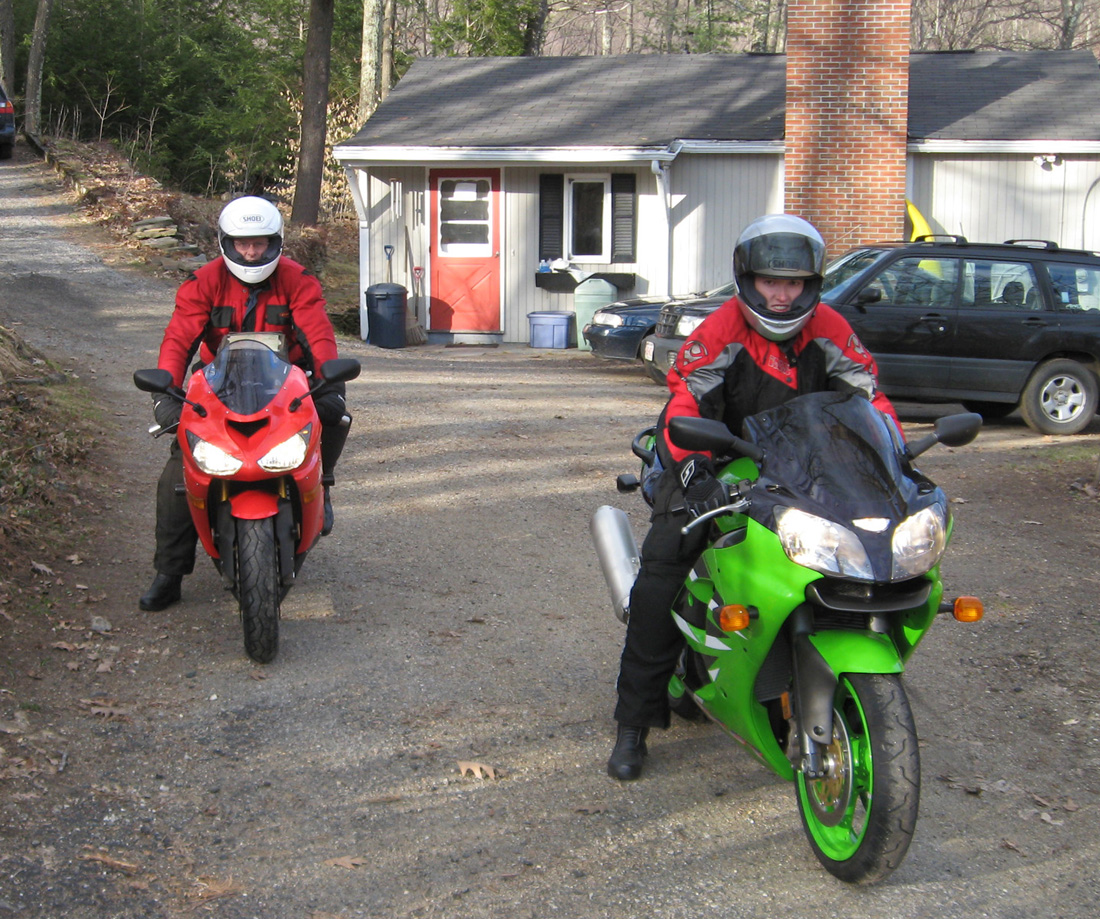 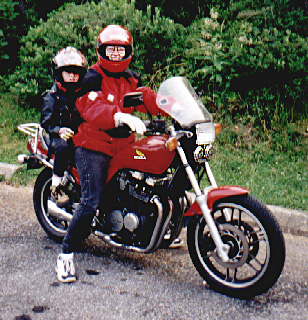 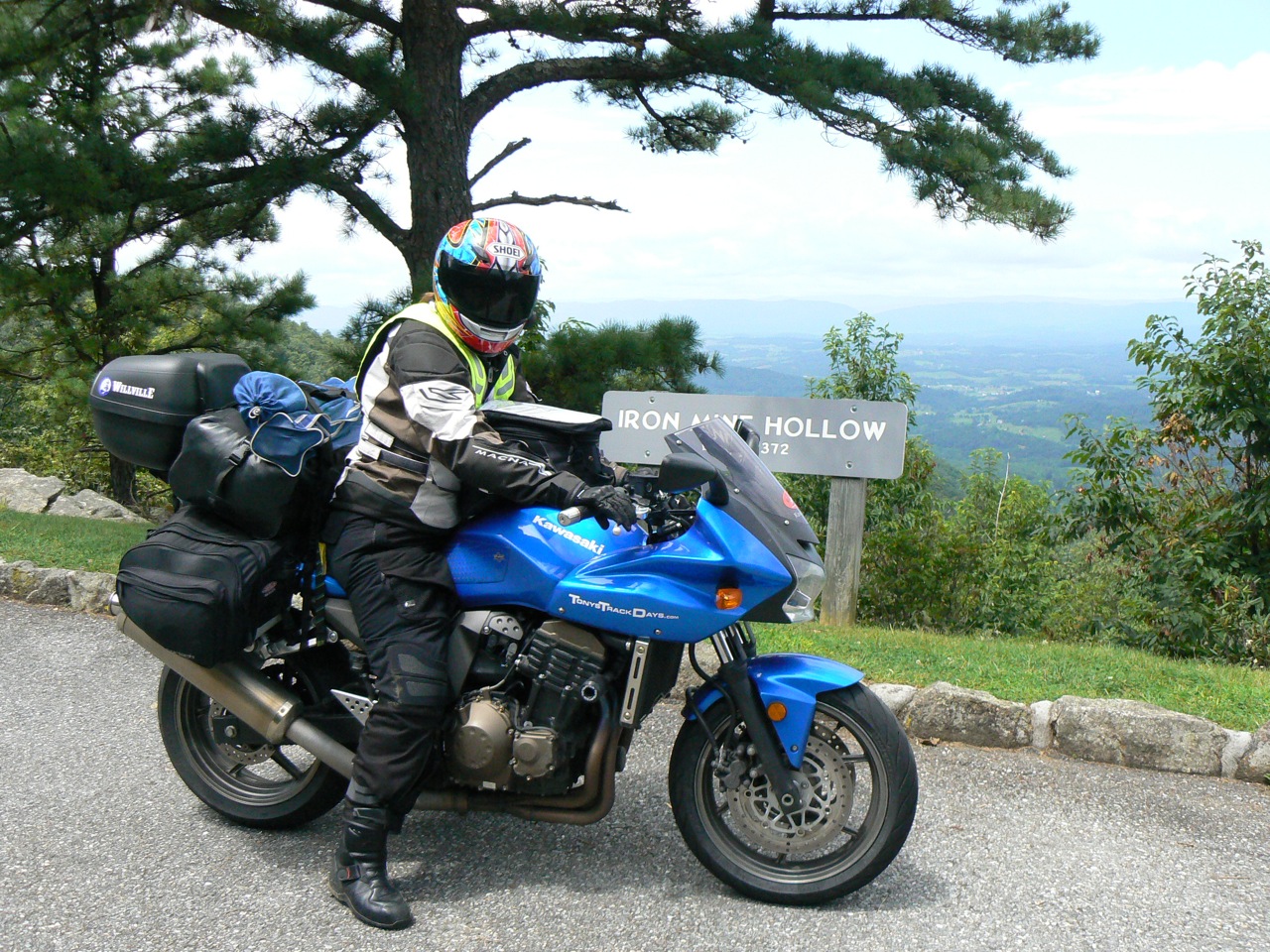 Caroline at the blue Ridge Parkway, 2013 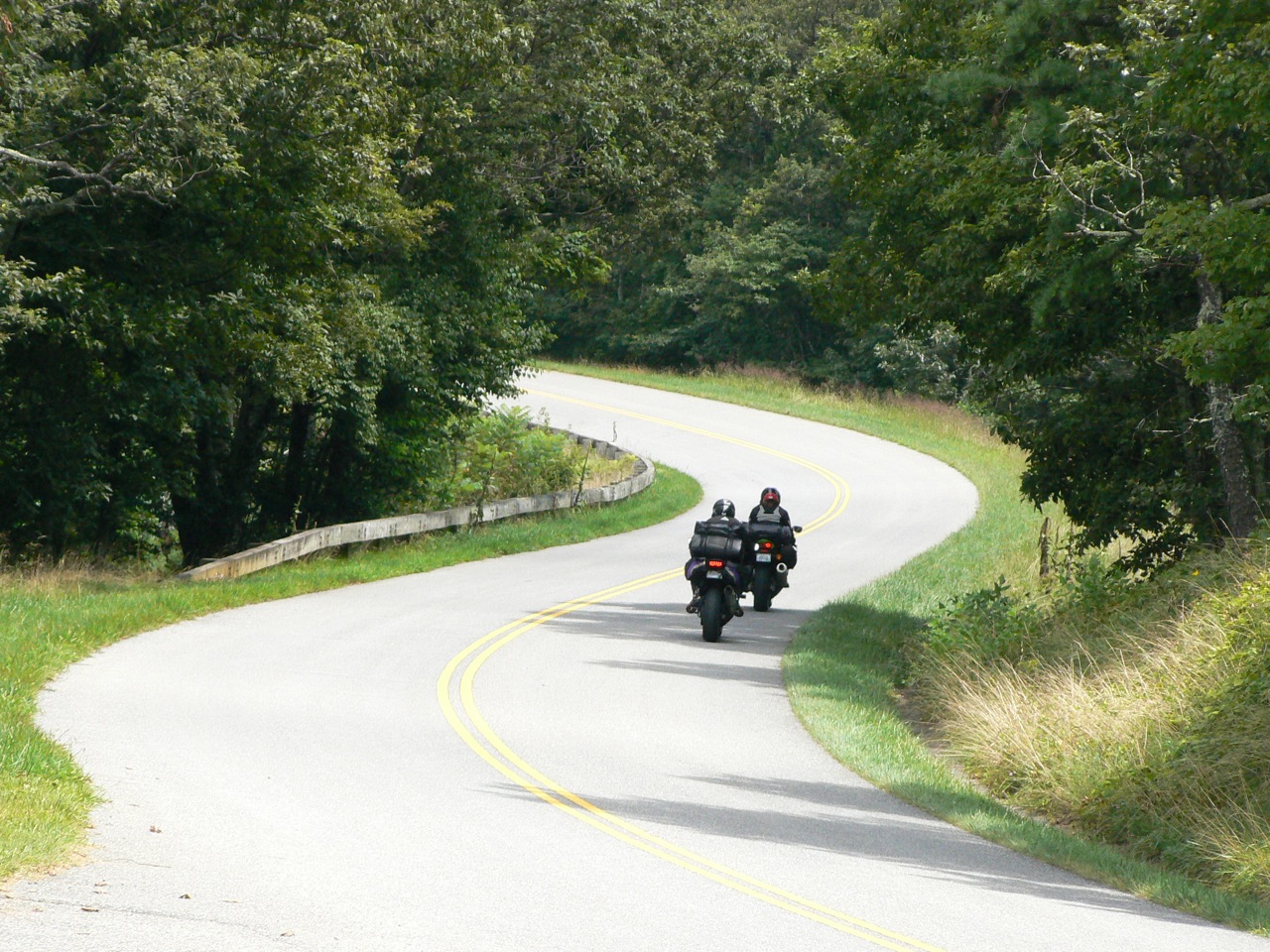 Matt and Jeannine heading toward home. 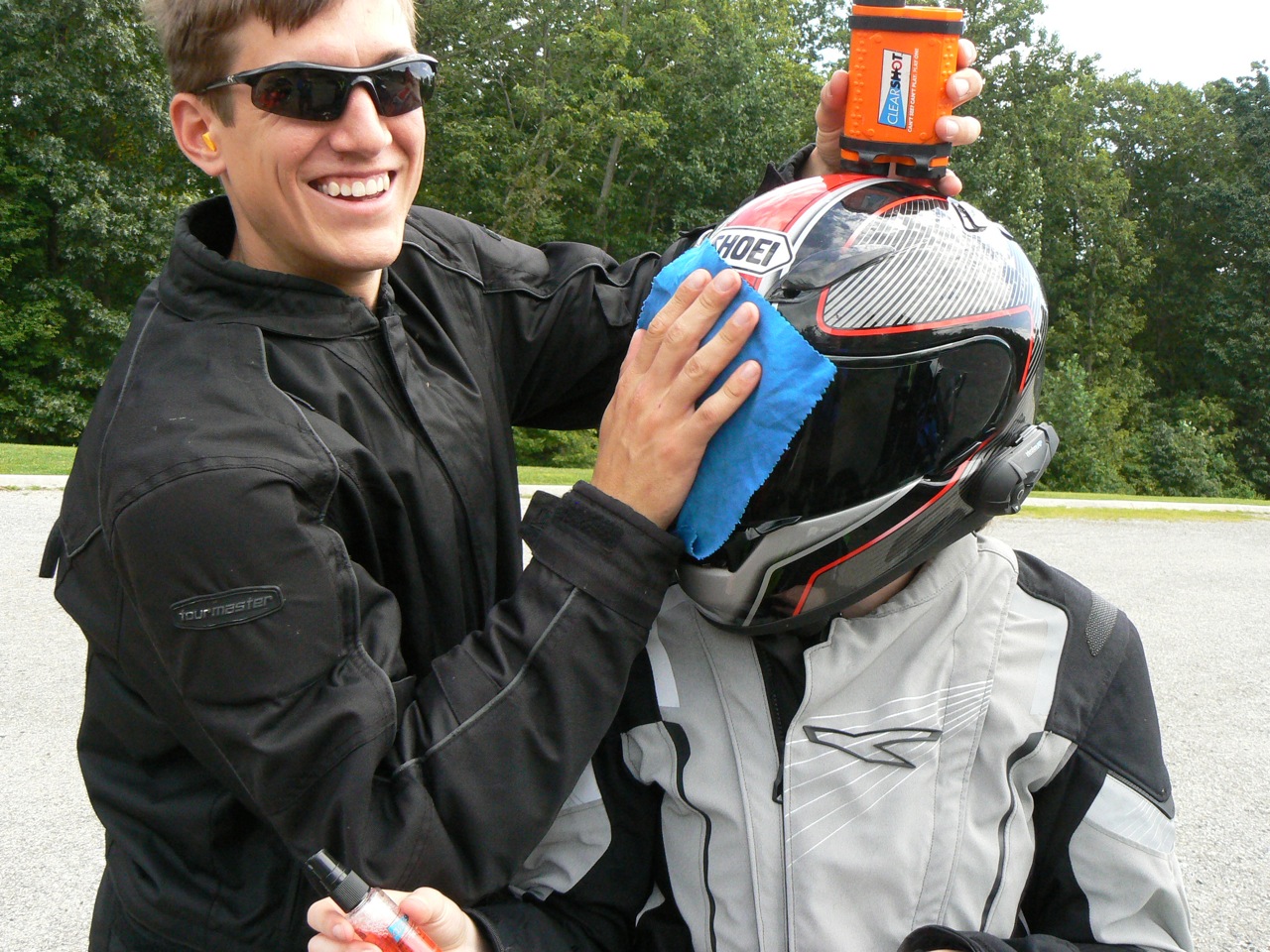 Matt does a product endorsement of Clear Shot 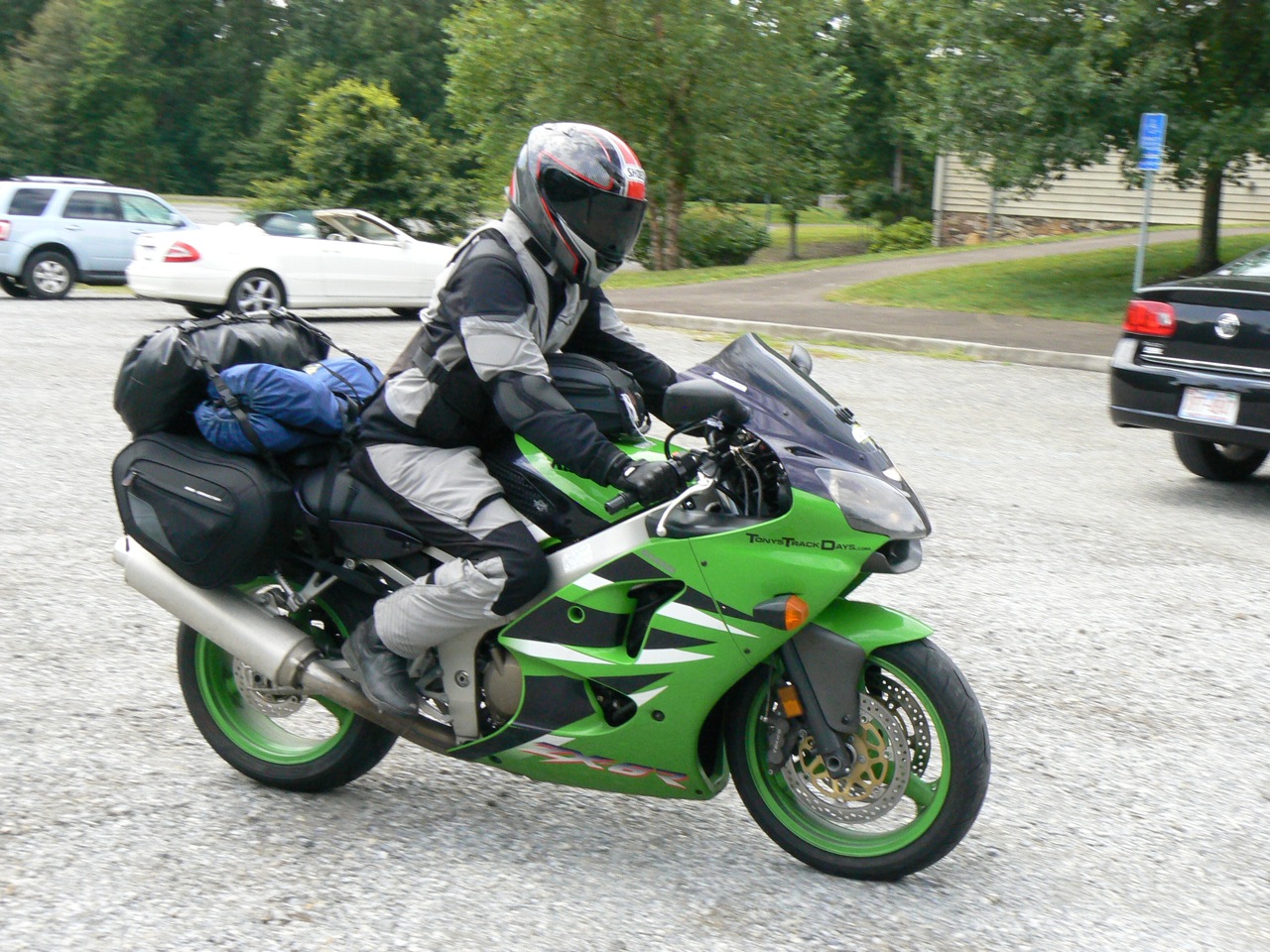 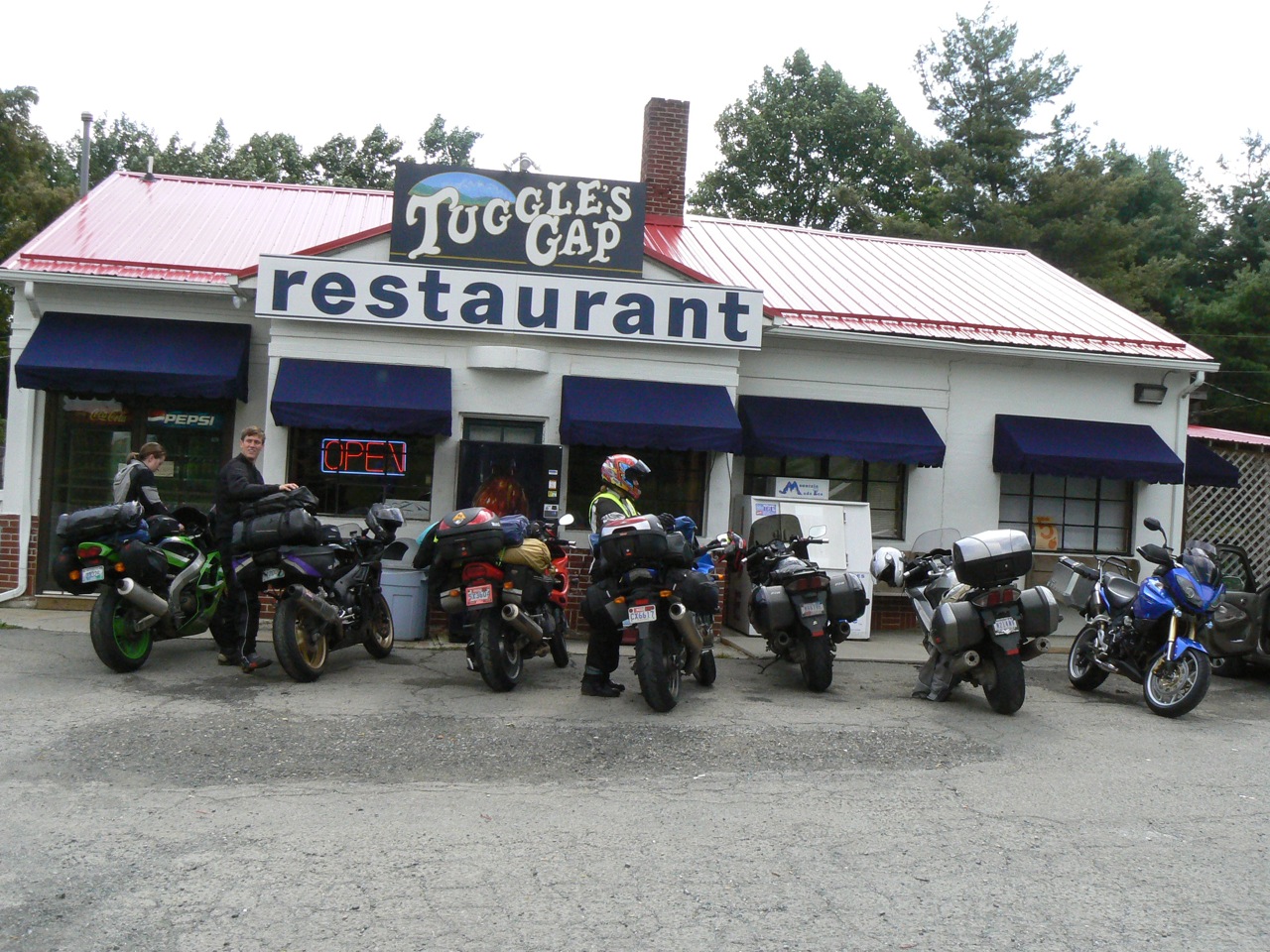 Tuggle’s Gap, the beginning of one of the twisties bits of pavement (head east from here) 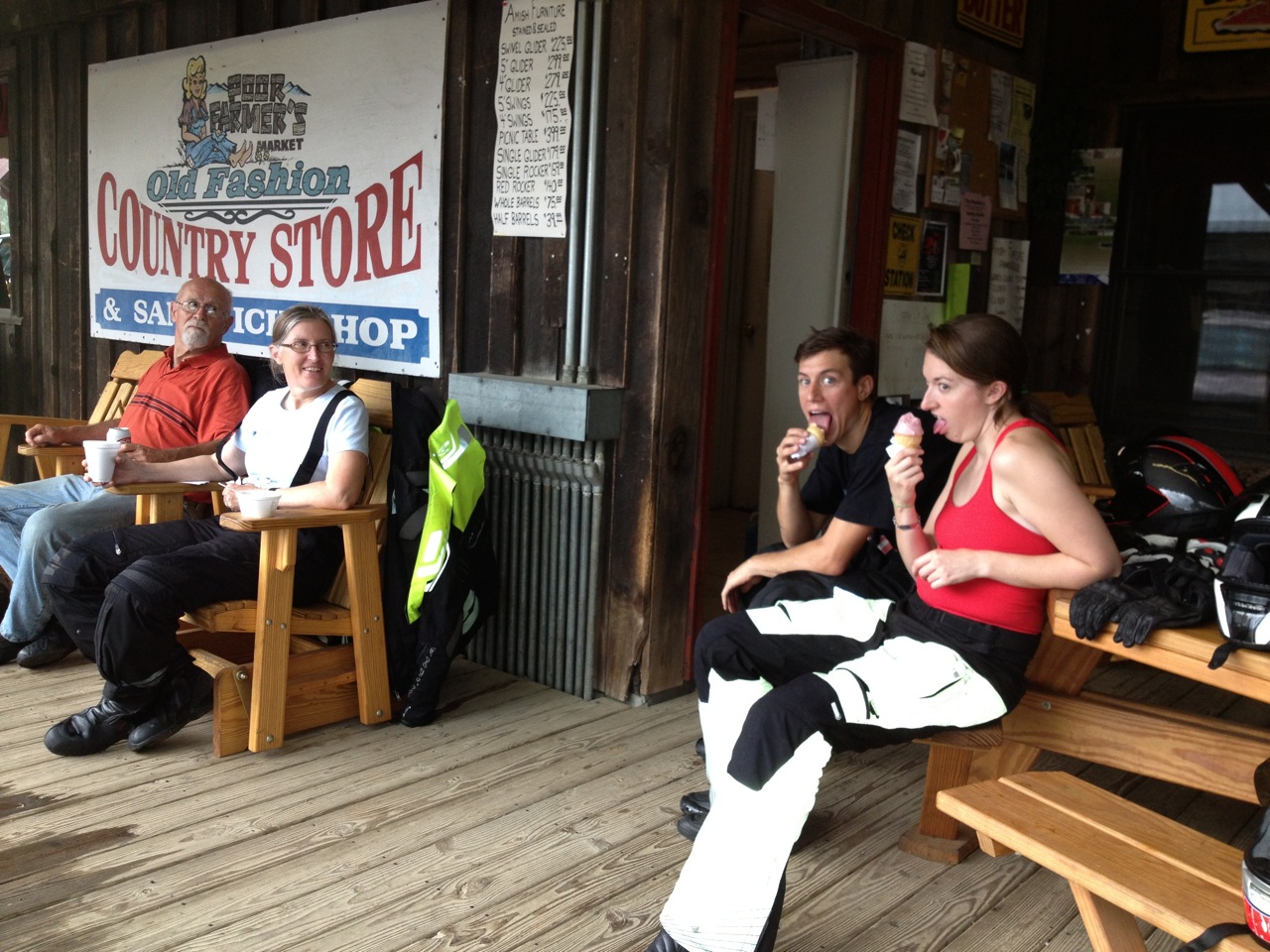 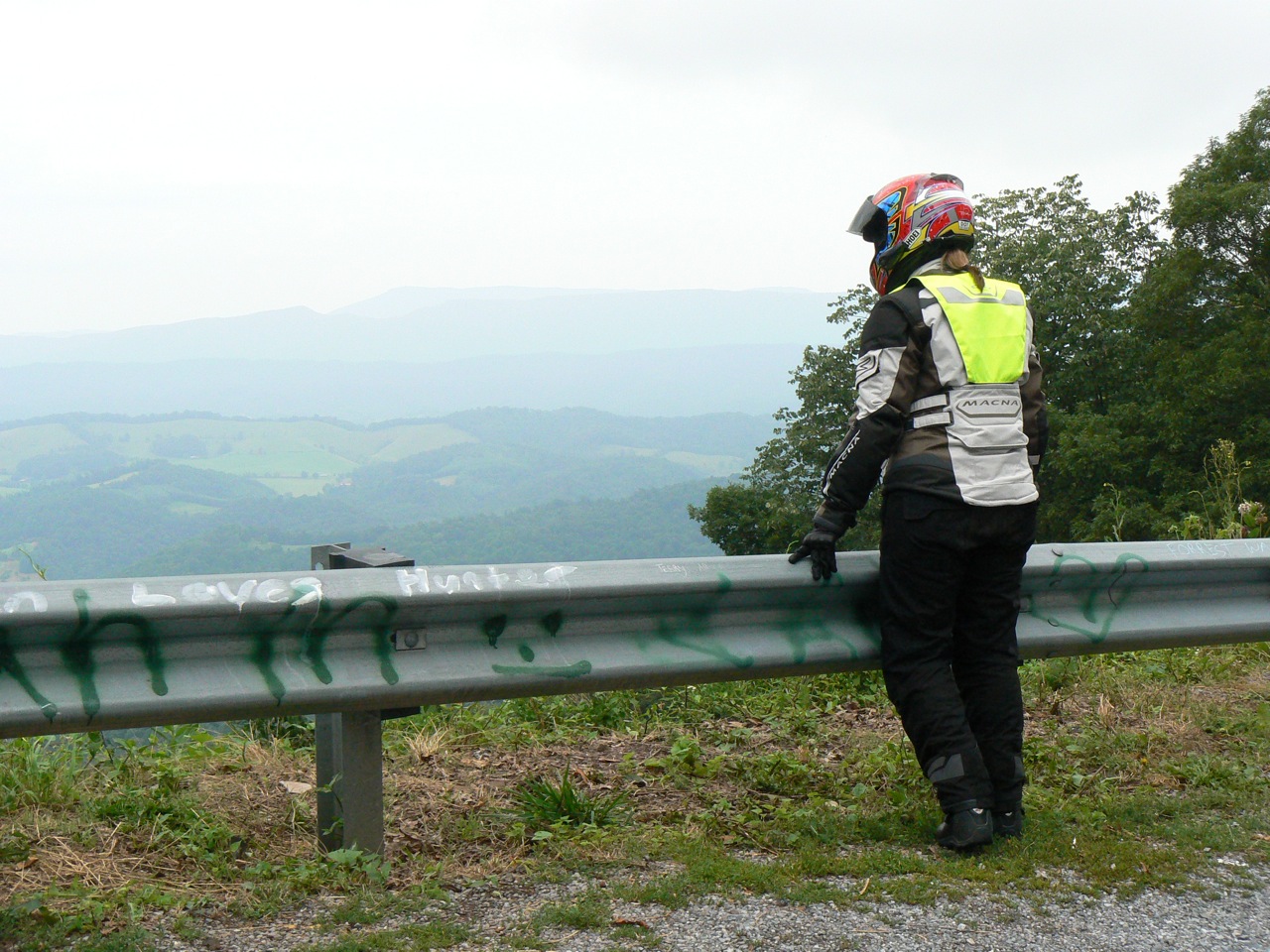 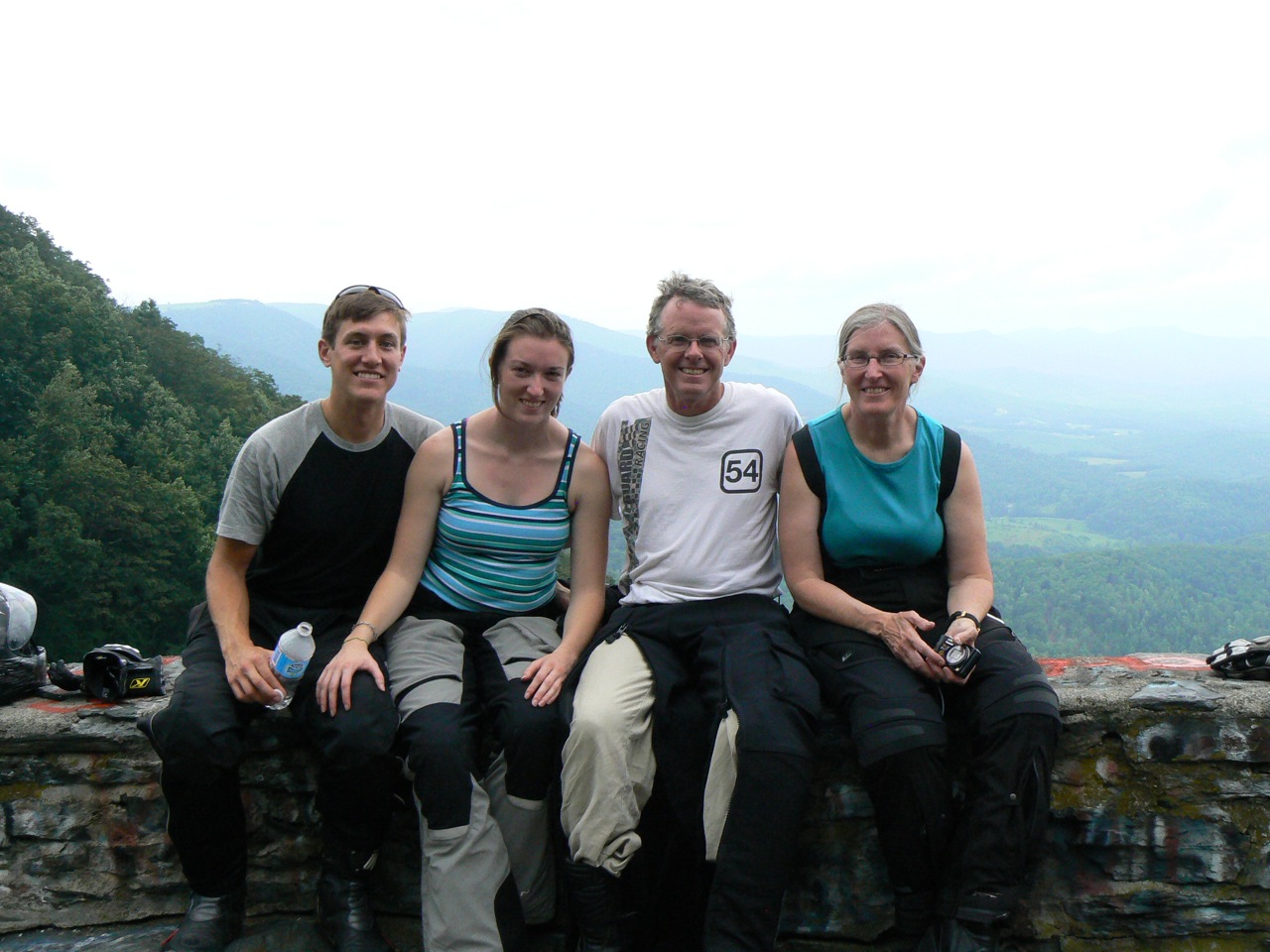