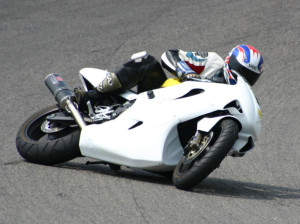 Too much throttle, too quickly. photo by Tim Richer

You Can’t Handle all that Power

Testing the brakes is probably the first thing you should do when swinging a leg over a new bike. Many people think that power delivery is the most important thing to calibrate to, because acceleration is a more obvious and intimidating force…fewer people seem intimidated by brakes. Even though more people seem to get into trouble with unfamiliar brakes, plenty of people fail to consider what they’re in for when twisting the throttle.

One of the most common issues I have when riding different bikes is how smooth or abrupt the power delivery is when transitioning from off-to-on throttle. This can be a serious control issue if I am at full lean. When I crack the throttle, I am looking for a smooth delivery of power. But, some bikes are not mapped (FI bikes) or jetted (carbureted bikes) correctly for a gradual, controlled transition. What I get instead is a lurch that upsets the tires and sends the bike off line. One of the worst bikes I’ve ridden was an early model Honda RC51. It took all my tricks to control that bike’s fueling (see below).

I had my mind set on buying a new Yamaha FZ-09, but after hearing about the abrupt throttle delivery, I decided on the Street Triple, which is know for decent throttle control and response. Although it could be better, IMO.

Manufacturers try to find the balance between meeting emissions requirements and acceptable performance, which means that the fueling is often too lean for good throttle control. This is where Power Commanders and other aftermarket products come in. With a little time and a laptop, you can adjust the fueling the way it should be for performance, at the expense of emissions…something the manufacturers aren’t allowed to do. 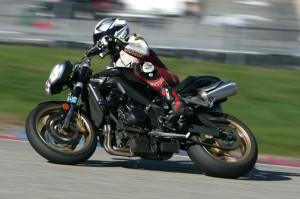 Getting on the throttle
photo: www.owenstrackdayphotos.com

Throttle response is another factor that varies from bike to bike. Throttle response is how quickly the engine responds to rider throttle inputs. A snappy response is good for sportbike riders that want immediate results to get the bike launched as hard as possible. This is especially desirable when riding on the racetrack. Many racers install quick-turn throttle housings to get to full throttle with as little wrist movement as possible.

Managing All That Power

To get a feel for throttle response and power delivery, find a straight section of road and roll on the throttle gradually. Grabbing a handful of throttle grip could land you on your ass if the rear tire spins or if you loop it in a mondo wheelie. In either case, you now own a bike that some idiot crashed (you).

If you are testing a bike with multiple power delivery modes, you may want to set it to the “rain” mode to soften power delivery. After some time, you can try the full power modes. Apparently, the FZ-09 has acceptable throttle transitions using the least aggressive power mode, but what fun is that? 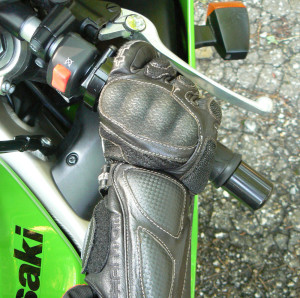 Keep your right wrist in a comfortable down position for better control.

Here are some simple things to do to help manage throttle control:

What experiences have you had with throttle characteristics on different bikes?

Part 1 can be found Here.

Part 2 can be found Here.